California Association of Public Cemeteries (CAPC) was an event to remember this year! Hosted in Seaside, CA, it was obvious that managers, trustees, and staff were excited to get together and mingle again in between some great training sessions. GSRMA Staff, myself included, were all very happy to get back in front of our membership and enjoy some time around our cemetery districts, as well as invite attendees to spin our prize wheel.

Many well-deserved awards were given out this year, including two Mel Lewis Memorial Awards. The Mel Lewis Memorial Award is given to vendors who have been in the cemetery industry for more than 5 years and show the care and excellence that was synonymous with Mel Lewis. Mark Marshall, who was the first recipient of the Mel Lewis Memorial Award in 2020, was the presenter of the awards this year. Bob Hunt, longtime attorney and friend of California’s public entities, received the award for 2021. For 2022, Sandra Hedstrom Wheeler, trusted financial advisor with Stifel, was the recipient. Additionally, five lifetime CAPC memberships were given to longtime CAPC members including Mark Marshall, Bob Hunt, Joel Bauer, Tim Unruh, and Dorris Goodridge. The Cemeterian of the Year Award was given to Gilbert Cabrera, longtime manager of Atascadero Cemetery. Jim Harper from Madera was the recipient of the Reuben Siemens-Wayne Byington Memorial Award. Harley Forrey of Newcastle Rocklin Gold Hills was named Manager of the Year while Dorothy Tate of Carter’s Cemetery District was named Trustee of the Year. Finally, two CAPC President’s Awards were given to Sandi Miller of Selma and Belva Bare of Madera.

Special thanks go to Carole Griese and Mary Alejo of San Jacinto Valley Cemtery District for putting the event together. Additional kudos are due to Walter Michael and Maggie Morton for acting as vendor liaisons and putting together the golf tournament. Next years vendor liaisons will be Sandra Hedstrom Wheeler, Maggie Morton of Asco-Pacific, and myself!

This year was a great event and we can’t wait to see all of your smiling faces next year in Oxnard! 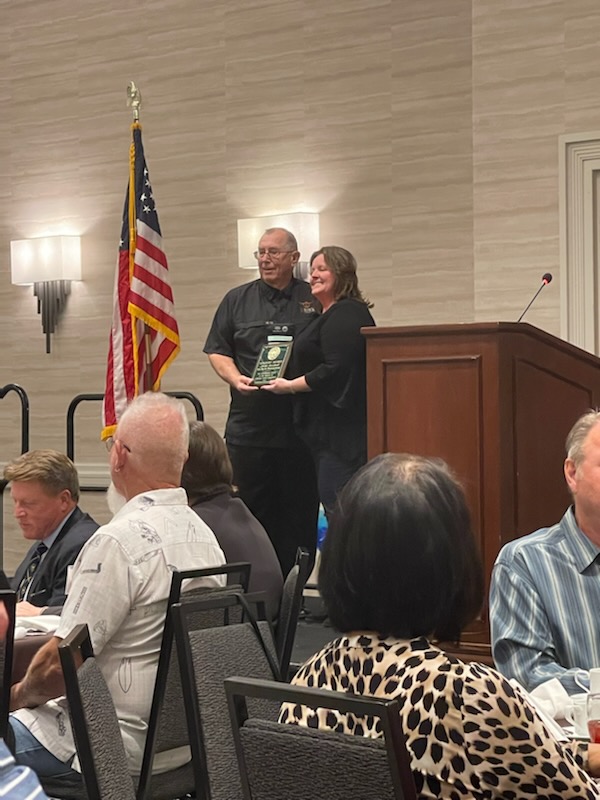